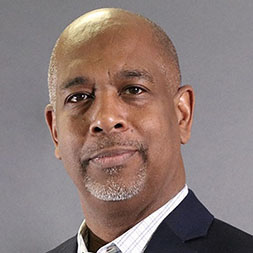 Mario Morrow is the president of Mario Morrow and Associates. Mr. Morrow was born and raised in Detroit. He received all his formal training in the Detroit Public Schools. Upon graduating from Mumford High School in 1977, Morrow entered and completed his undergraduate studies at Michigan State University with a B.A. in Elementary Education. In 1992, Morrow completed his graduate studies at Wayne State University earning a Masters of Educational Administration.

Morrow began his professional career as a teacher with the Detroit Board of Education in 1982 as a teacher of gifted & talented students in the elementary grades. Since that time, Morrow has grown into several different leadership positions in business, government and educational. Mr. Morrow started off as a substitute teacher moved through the ranks of teacher, department head, assistant principal, principal (elementary and middle school), executive director of communications (Assistant Superintendent) with Detroit Public Schools, and worked his way up to superintendent of Albion Public Schools. He has also worked for such companies as Alma College as the Assistant Director of Admissions, SMART Transportation as the Manager of Community Affairs (working under current Detroit Mayor Mike Duggan), Wayne County Neighborhood Legal Services as the Director of Outreach and Triangle Publications (TV Guide Magazine) as a Circulation Field Representative.

Morrow is still sought after by the media for his thoughts and opinions on politics. For 20 years, he was the most quoted political analyst in the Midwest. He is regularly called upon by such newspapers as The Detroit News, The Detroit Free Press, The Washington Post, The Chicago Tribune, The New York Times, CNN, BBC, The Wall Street Journal, as well as the Associated Press and the United Press International. Mario Morrow has also been a radio talk show host of WQBH 1200 and WXYT 1270.

In 1993, NBC/Time -Newsweek retained Morrow’s professional services as their top political analyst for their Detroit affiliate WDIV/Channel 4. This made Morrow the first African-American and youngest person to serve in such a capacity.